A text character is a letter, digit, punctuation mark, or other symbol that you might type in on your keyboard.

Computers store characters as numbers – each letter or other symbol has a unique number (for example, A might be represented by the number 65, B by 66 etc). A character string such as "Hello world!" is represented by a list of numbers.

A character set is a list of all the characters which are recognised by a computer's hardware and software. It also defines which number is used to represent each character. Here is a simple character set which just contains the capital letters, and gives each letter a different number to identify it: 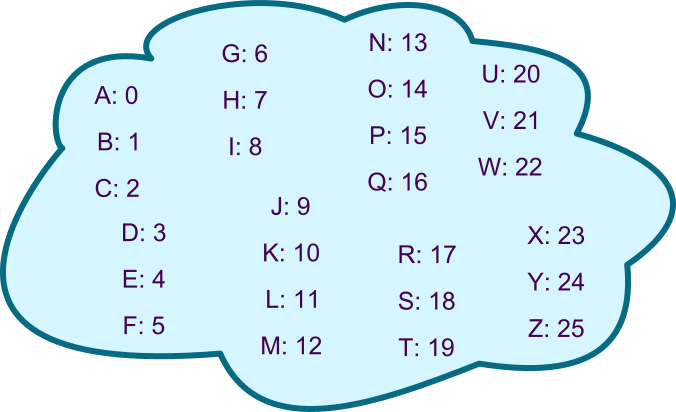