Computers use binary (base 2), so it isn't surprising that powers of two occur quite often (in much the same way that hundreds, thousands and millions crop up in denary all the time).

You will get very used to seeing these numbers, and it is useful to be familiar with them. 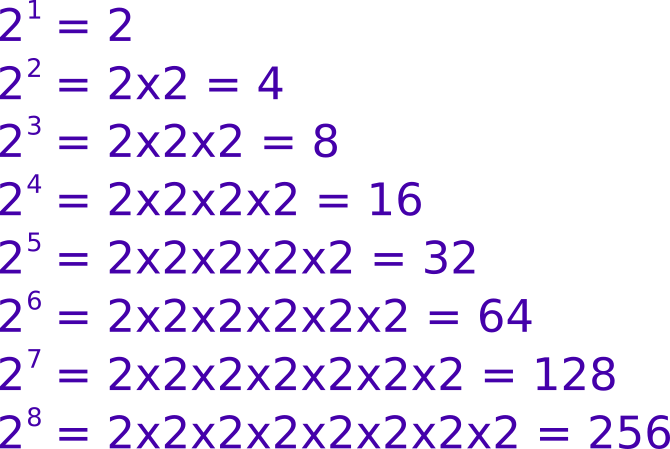 Now that you know how the powers are calculated, here is a more concise table which just gives the answer, for powers up to 16:

We can use this idea to calculate the range of other word sizes. For example, a nibble has 4 bits. So there are 16 possible combinations, and it can hold a number between 0 to 15.